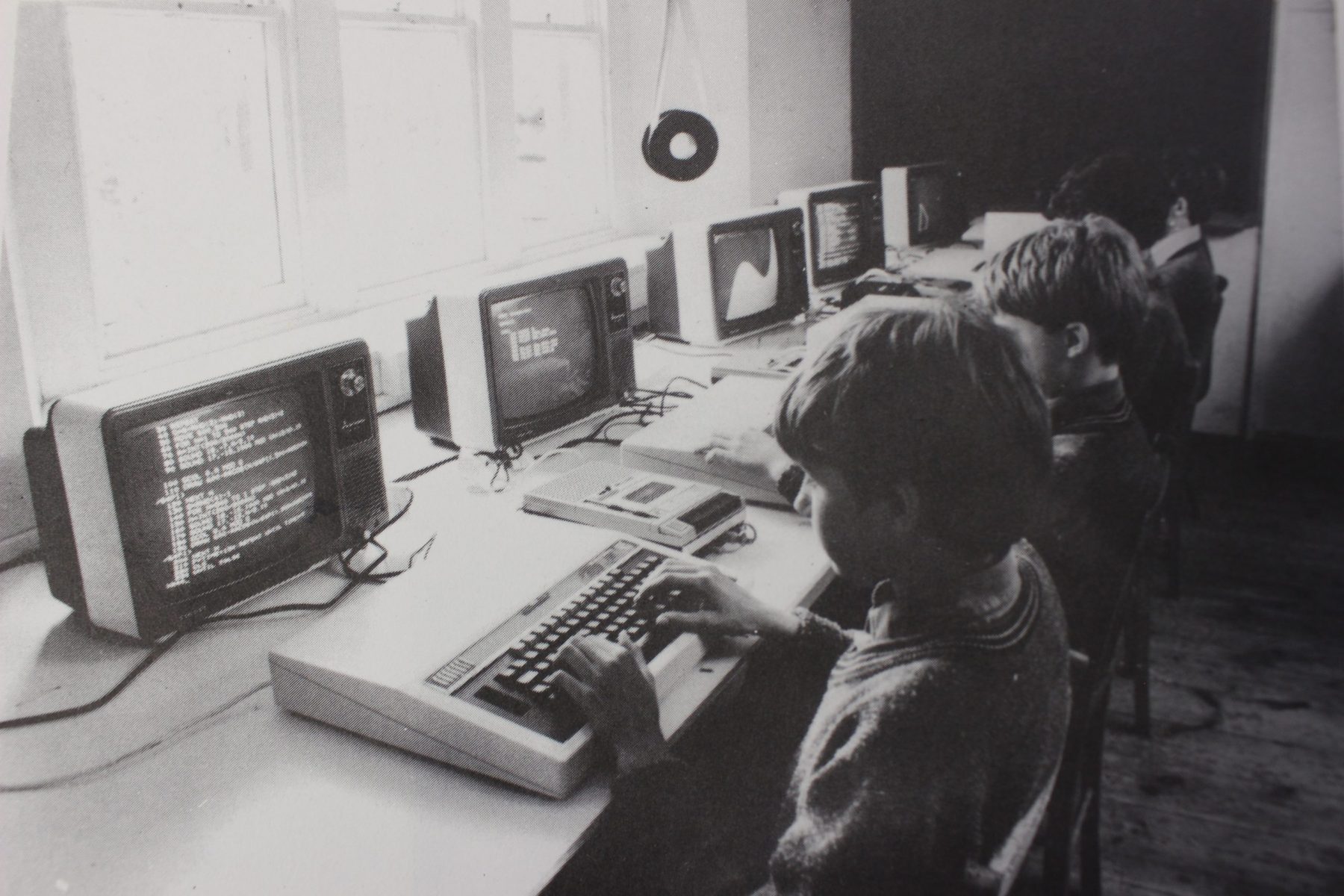 Computers: Then and Now!

There was much excitement in the ICT room last week, as pupils are tried out our brand new suite of computers, complete with curved screens, LED light up keyboards and ultra-small desktops that mount on the back of the screen to save desk space. They also work well with our new 1000mb internet connection. We love this archive photograph of the ICT room in 1983 – hands up if you remember playing Pac-Man, Space Invaders or Asteroids on a BBC Model B! 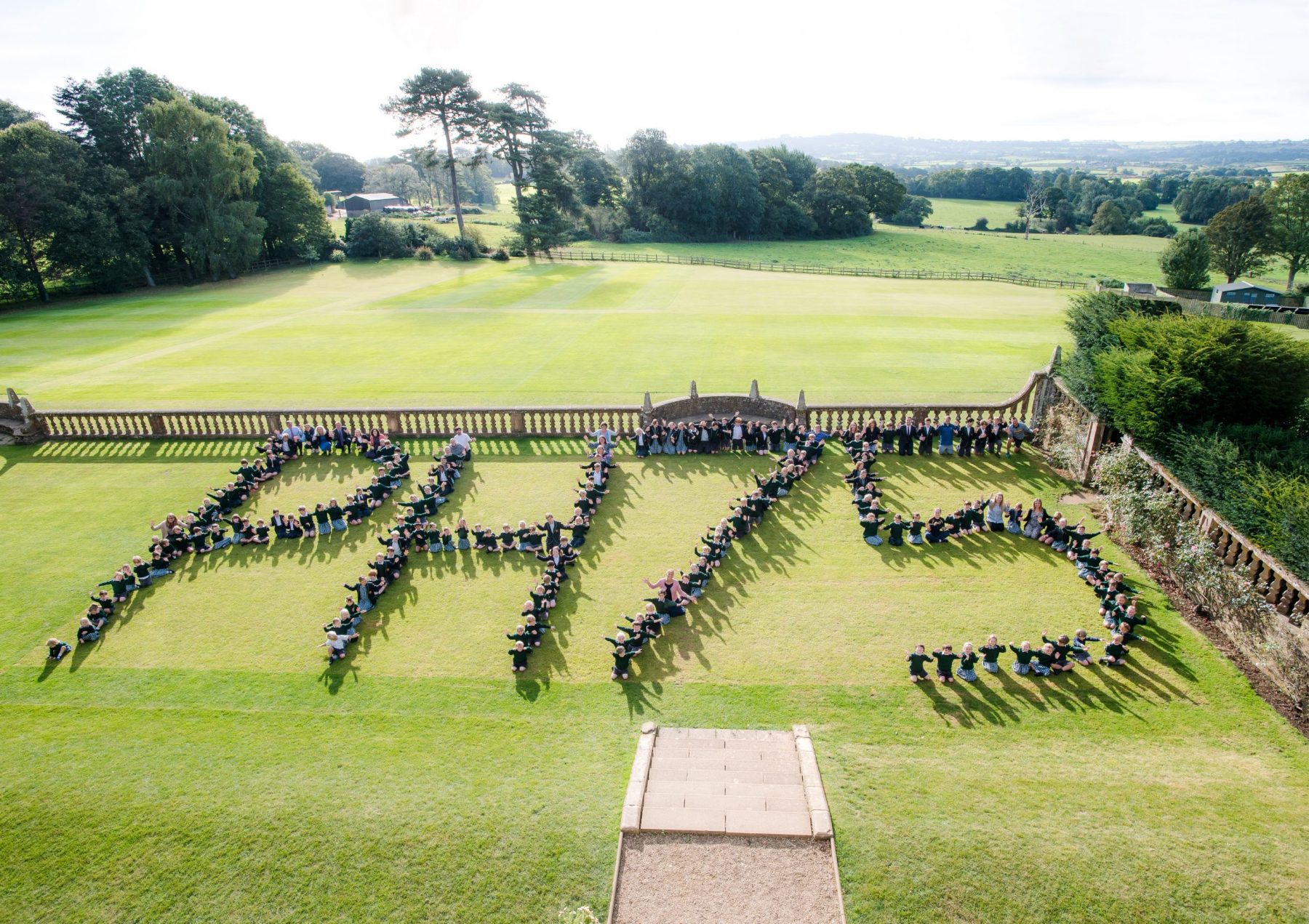 There were smiles all round at Friday’s 1940s themed school fête, where pupils and staff took part in tin can alley, a welly throwing competition and ‘pin the tail on the wyvern’! Commemorative 75th anniversary rosettes were awarded to the winners and the whole school tucked into some birthday cake. After that, pupils were treated to the most amazing of concerts, courtesy of Mr Shortman and some very special Old Perrott Hillians. Bravo to Sebastian, who opened the show with Raider’s March on the trombone, and to the twelve former pupils (now at Blundell’s, Canford, King’s Bruton, King’s College Taunton, Sherborne and Wellington School) who blew us away with their performances. It was incredible! Many thanks to everyone involved. 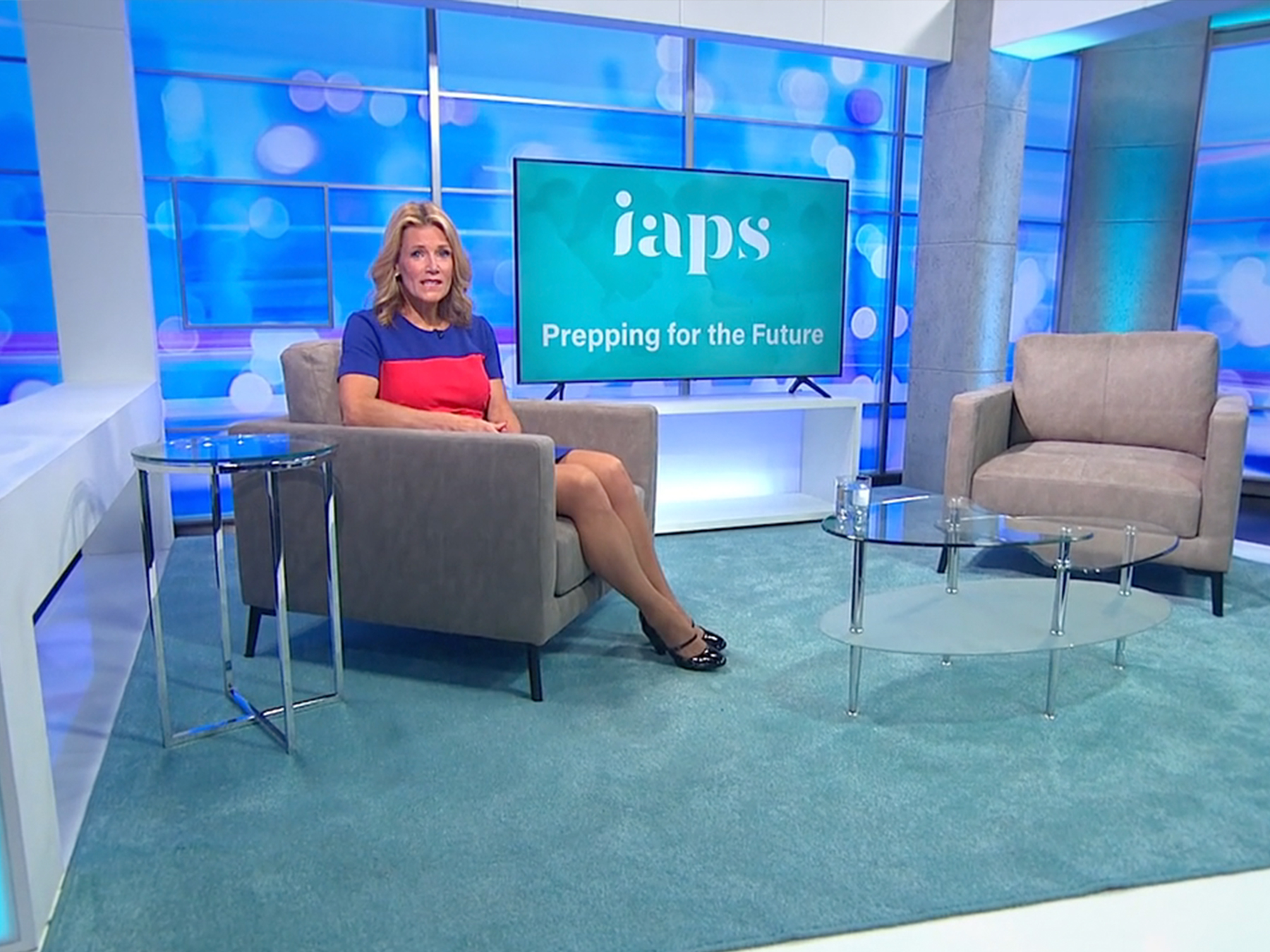 Prepping for the Future

It’s been nearly two years since we opened our doors to IAPS and ITN Productions for their filming of ‘Prepping for the Future’, a news-style programme to raise awareness of the benefits of a prep school education and showcase the amazing work taking place in prep schools across the UK. A global pandemic and several lockdowns later, it’s finally launching at the IAPS conference today – and we couldn’t be prouder of our brilliant school! Featuring interviews with Mr McCullough and John Grundy, along with parents and pupils (many of whom are now OPHs), it seems fitting to celebrate this again during our 75th anniversary week. Thank you to everyone involved; proud to be Perrott! 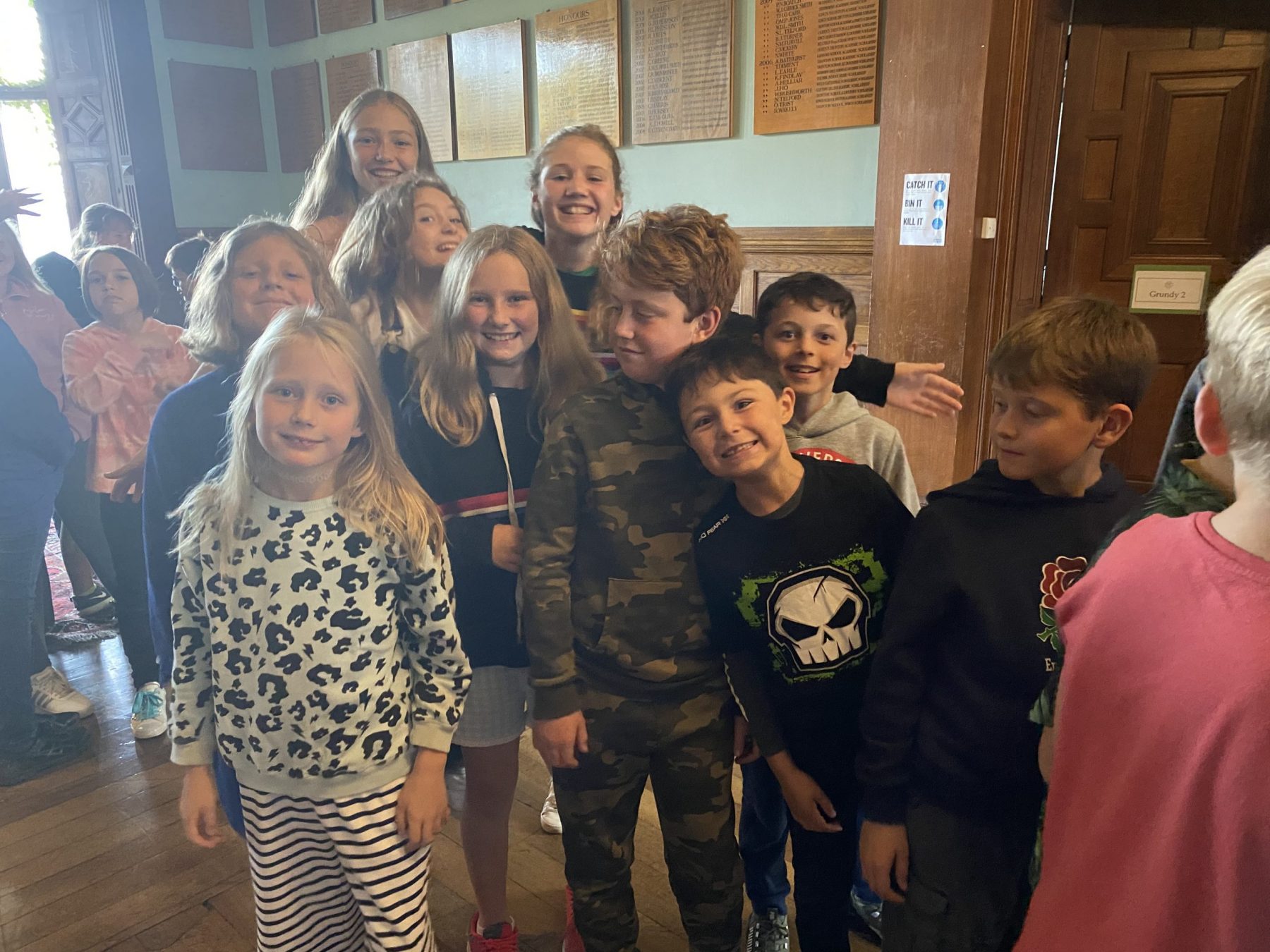 Never ones to shy away from a disco, our pupils celebrated the school’s 75th anniversary on Saturday by having their very own party at the North Perrott Cricket Club! Our biggest thanks to DJ Tony for some great tunes (we hear the Macarena is still going strong…), to Perrott parent, Emma Cole, for the food – and, of course, to our brilliant boarding staff for an amazing evening of party games and dancing. 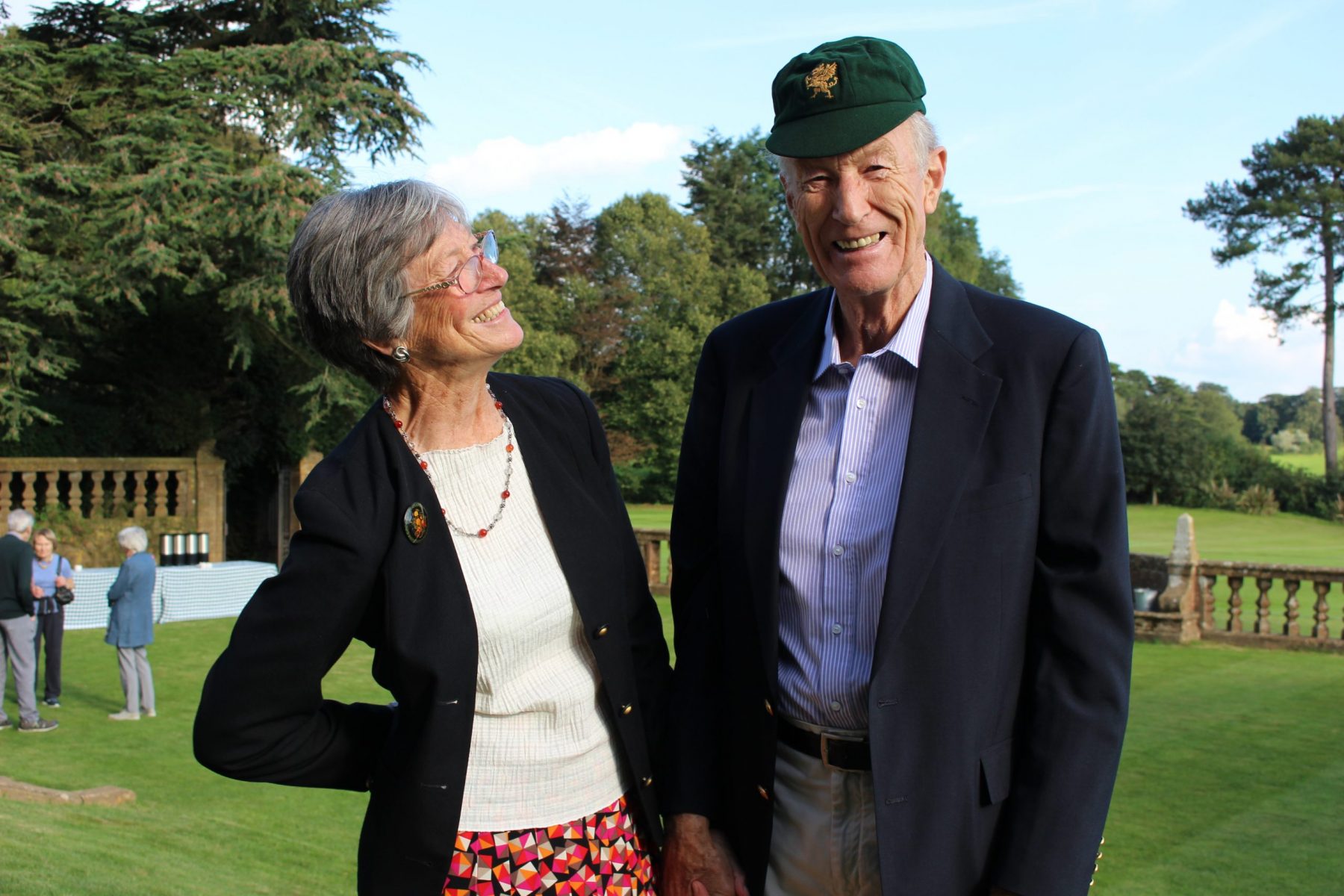 We were delighted to welcome so many Old Perrott Hillians and former staff members to an Afternoon Tea on the Terrace to celebrate our 75th anniversary on Saturday. Along with the Grundy and Hoskyns families, they regaled us with many a memory from their time at Perrott Hill! Very well done to all our pupils, who were true ambassadors of the school throughout, and thank you to everyone involved for making it a truly magical and memorable afternoon. As part of the celebrations, we are also holding a Friends of Perrott Hill 75th Anniversary Ball, a Boarders’ Disco and a 1940s style School Fête later in the week. 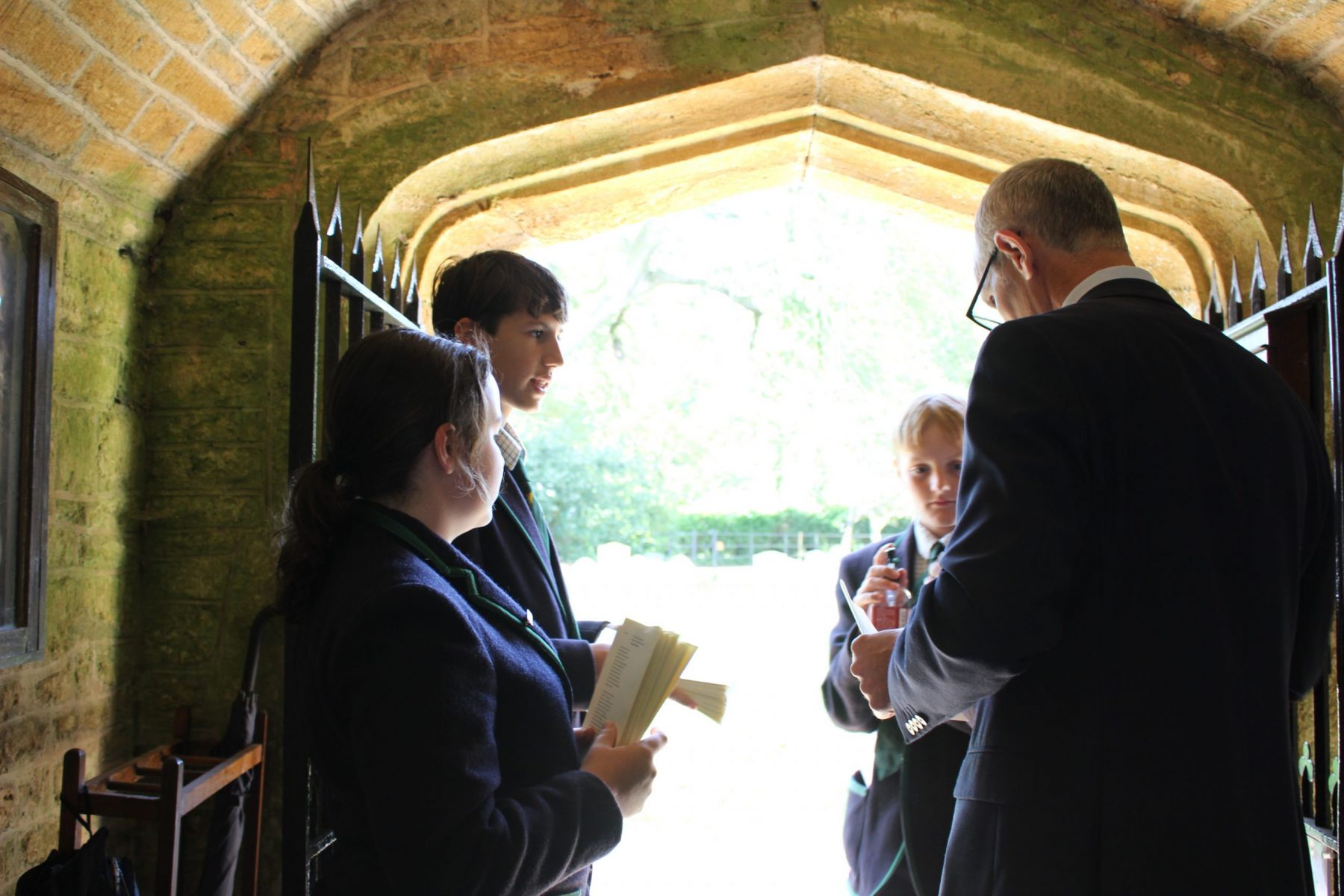 Our 75th anniversary celebrations kicked off on Saturday with a very special service at St Martin’s Church in North Perrott, led by Reverend Jonathan Morris. Former pupils, parents, staff and governors came together to sing the hymn from the very first school assembly in 1946, ‘Awake, My Soul, and with the Sun’, while the senior choir and instrumentalists wowed us with their superb renditions of ‘The River Flows’ and ‘A Celtic Blessing’, among others. A particular highlight was John Grundy’s reading: an excerpt from ‘Founding a School’ which was written by his father and our founding Headmaster, Bill Grundy. It gives us great pride to hear that, 75 years on and despite many changes during that time, the beating heart of Perrott Hill remains the same. 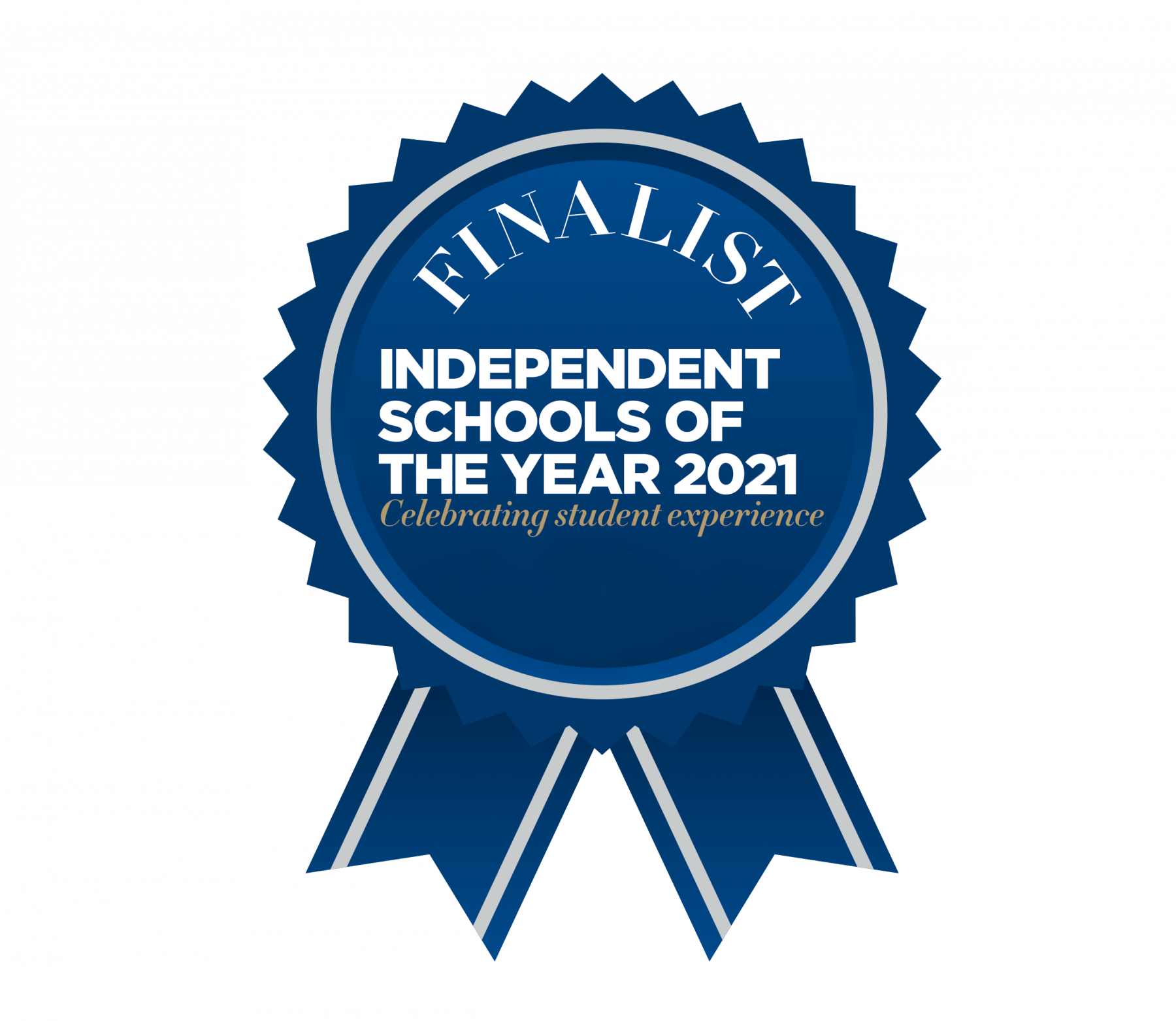 Independent Schools of the Year Awards

What a way to start the new academic year! We are delighted to announce that Perrott Hill has been selected as one of only six finalists for Small Independent School of the Year at the prestigious Independent Schools of the Year Awards 2021. This category means so much to us, as it’s our size that enables the distinctive family ethos and unmistakeable spirit and charm we’re known and loved for. Keeping everything crossed for the awards ceremony next month… Proud to be Perrott; small but mighty! 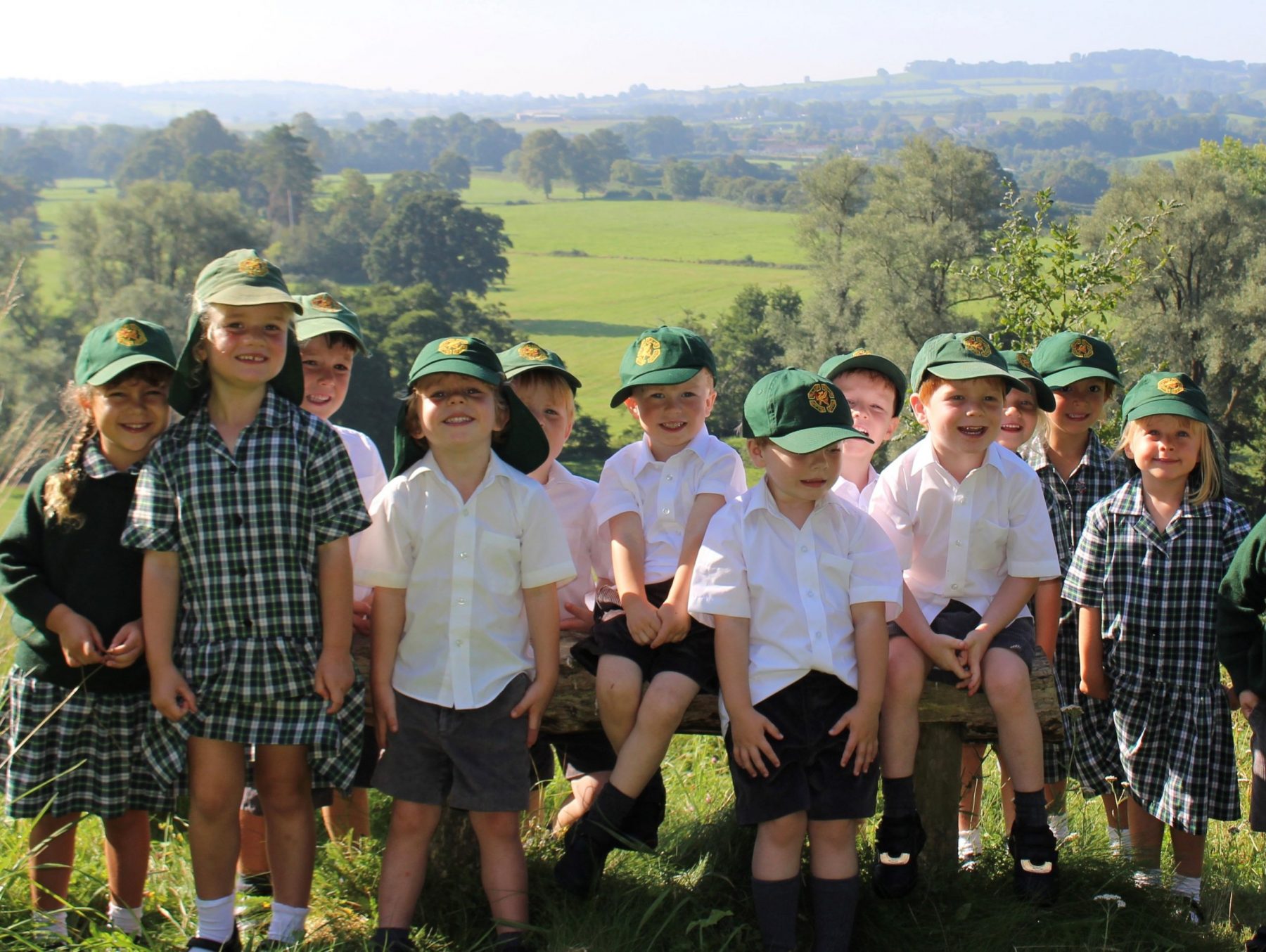 On Tuesday, our Reception children took a tour of the school. As well as saying hello to the fish in the Rose Garden and peeking into the pavilion on Top Field, they also explored the Music School, where they heard a trumpet being played and saw our Tuneful Tots (ages 0-3) in action. A highlight of the tour was getting to see Mr McCullough in the Headmaster’s Study; as you can imagine, our inquisitive Pre-Preppers wasted no time in quizzing him about his work! 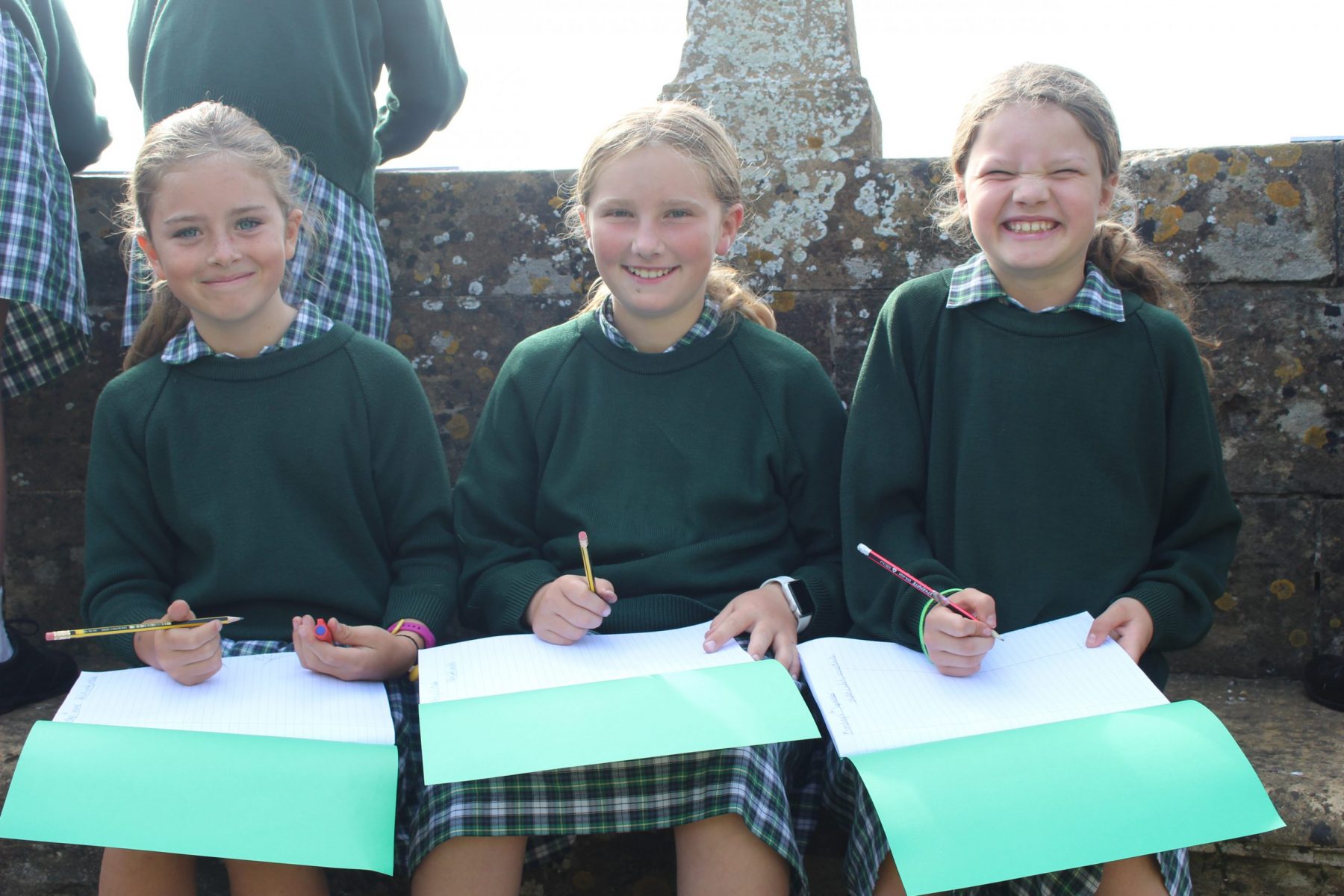 Pupils across the school have been making the most of this glorious weather by taking their learning outdoors. This week, 5LC were spotted doing some field sketches on the Front Terrace with Mr Coverdale. They were working hard on labelling and annotating their sketches – a very important skill for Common Entrance geography and beyond! 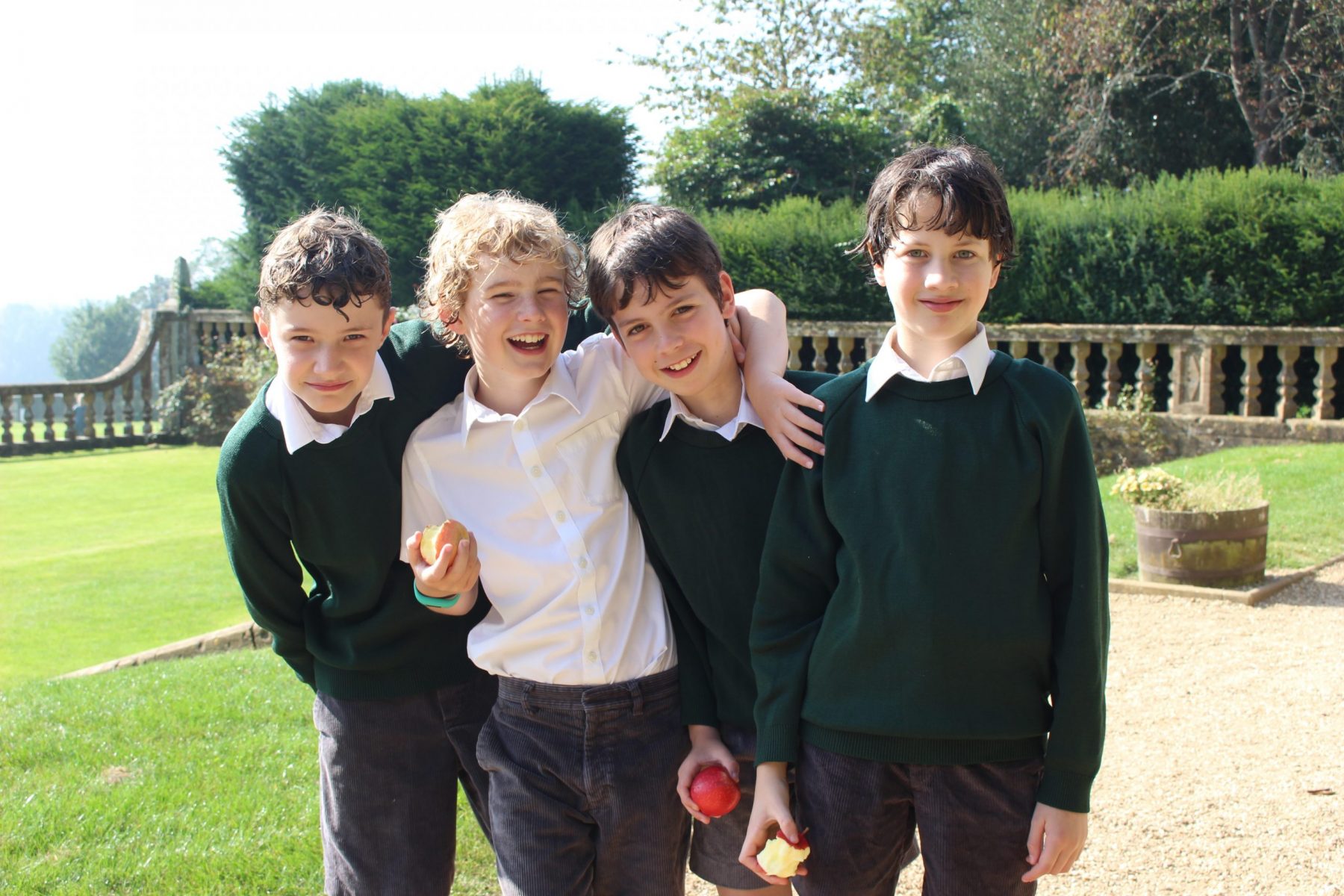 What a joy to see to many happy faces this morning! As well as welcoming our new pupils and staff in assembly this morning, the Headmaster also spoke about the importance of ‘start of term’ resolutions and seizing every opportunity that comes your way this academic year. With today’s activities including Tinker Club, lacrosse, carpentry, ceramics and code breaking, we have a feeling it won’t be hard! For more pics, please head to our Facebook page @PerrottHillSchool (or check us out on Instagram @perrotthill).