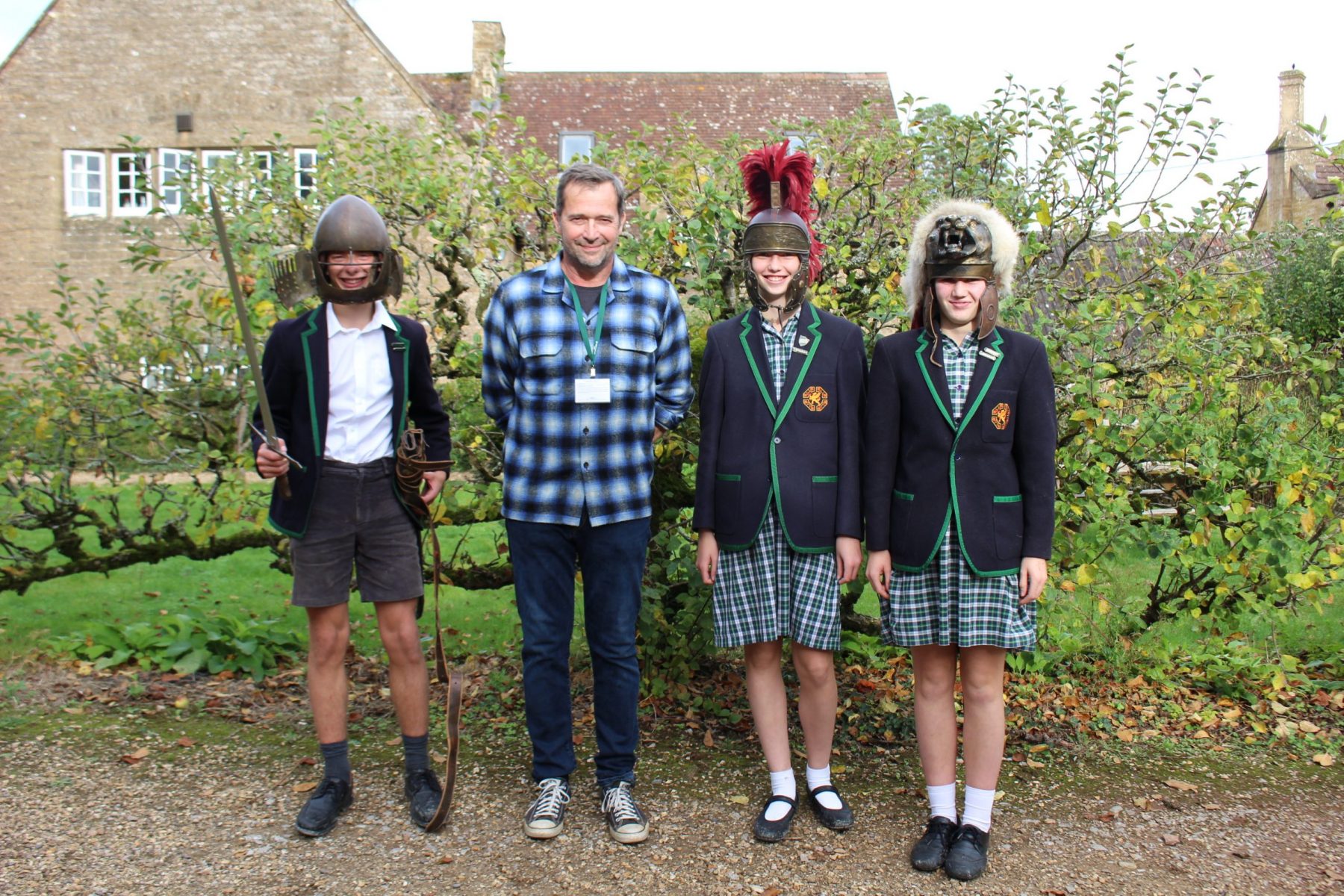 Just before half term, we hosted a corker of a lecture for Years 3-8 by none other than actor extraordinaire, James Purefoy. James spoke to the children about his 40-year career, which has included more than 250 hours of television, 32 feature films, 33 plays, nine radio plays, seven short films, three commercials and one pop video. He talked about how he got into acting, told some hilarious stories about stunts gone wrong and gave tips on overcoming stage fright. He then let pupils handle his prized props, took them on a whistlestop tour of the world in accents and got the whole Theatre singing a sea shanty to tie in with his latest film, ‘Fisherman’s Friends: One and All’. Thank you, James, it was a real treat.

Previous Article Next Article
Back to News Page
8th November 2022