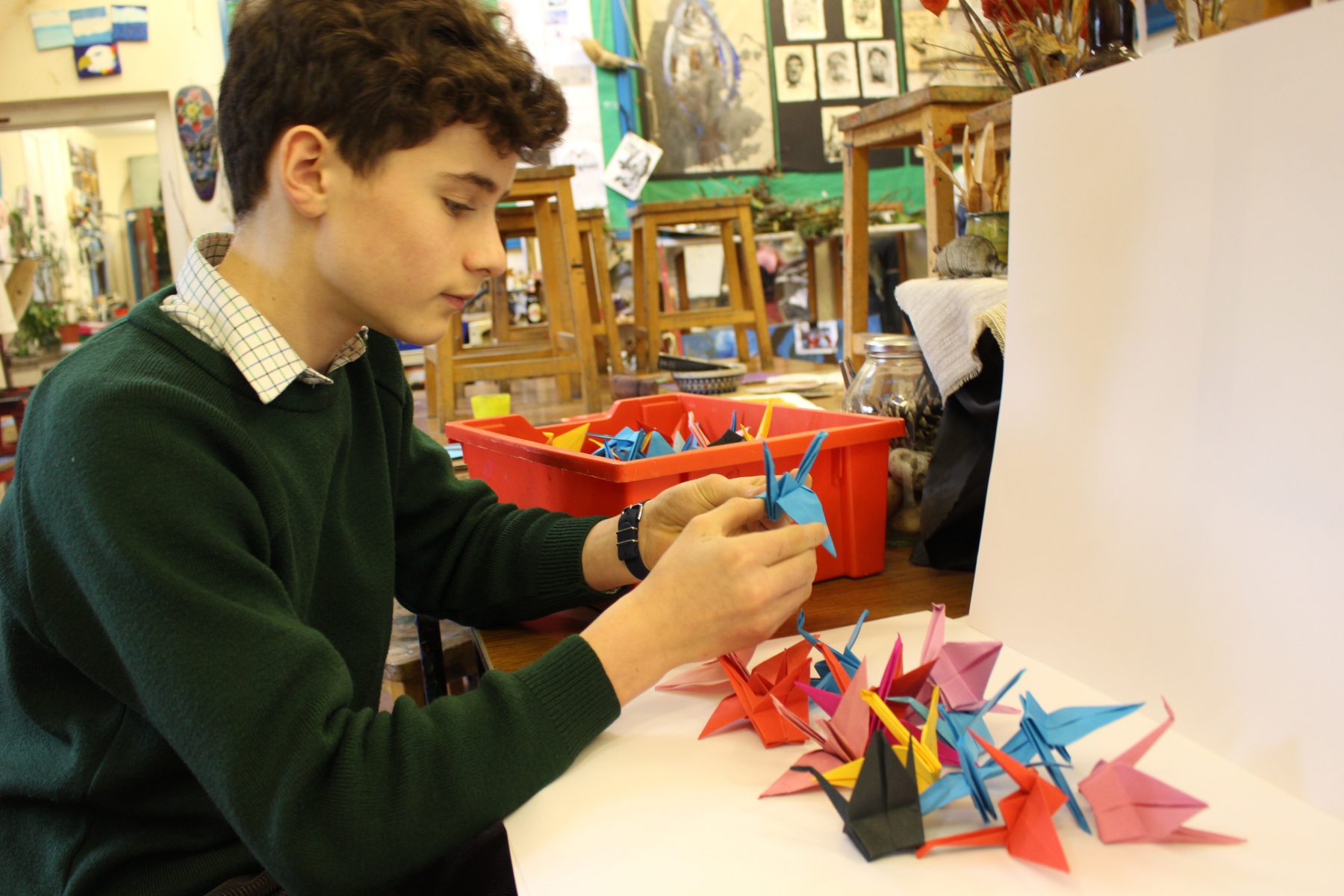 Following his recent trip to the Children’s Peace Monument (or ‘Tower of a Thousand Cranes’ as it is sometimes known) in Hiroshima, Year 8 pupil and Head Boy, Stanley, has been working on his own paper crane installation in the art studio. “I was really inspired by my visit to the monument,” he says. “It was built to commemorate a young girl called Sadako Sasaki who died of leukemia ten years after the atomic bombing. She believed that folding paper cranes would help her recover and they have since become a symbol of peace in many countries around the world.” Stanley plans to send a selection of his paper cranes to be displayed at the monument, while the others will be used in his installation to promote peace. What a brilliant and powerful idea, Stanley; we are very proud of you.

Previous Article Next Article
Back to News Page
27th March 2019