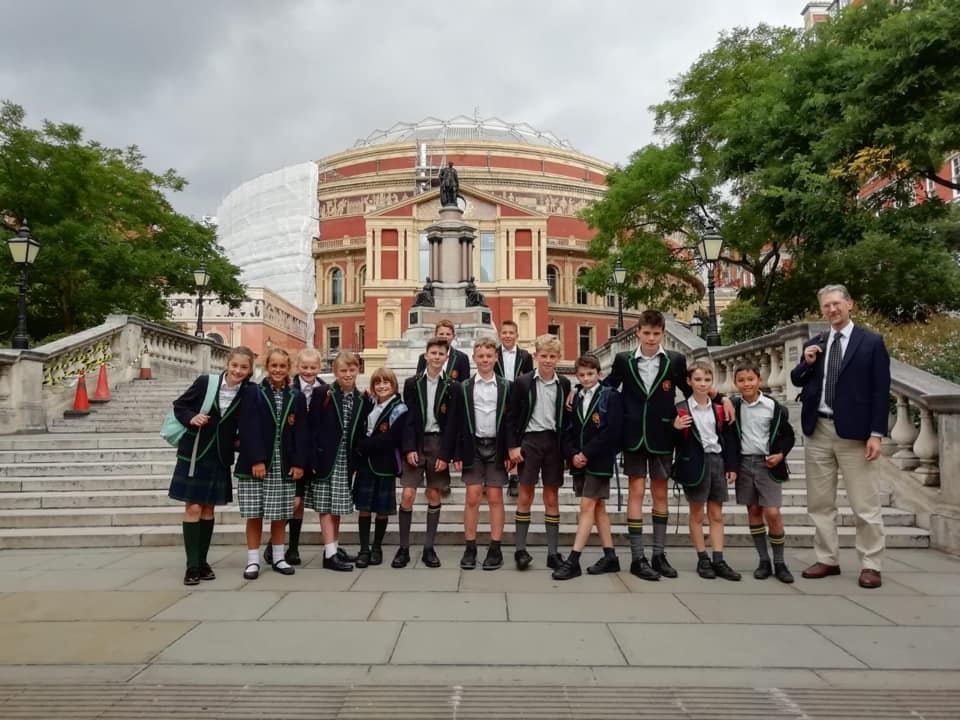 Year 7 at the BBC Proms

Year 7 pupils went to London with the Headmaster and Director of Music yesterday, where they enjoyed a guided tour of the Royal Albert Hall followed by a trip to the brilliant Wonderlab at the Science Museum, where they immersed themselves in more than 50 hands-on exhibits (special mention to Erica, who assisted in the Rocket Show!). The day culminated back at the Royal Albert Hall where the children watched the incredible Prom 72: Symphonie fantastique, as part of the BBC Proms. A truly unforgettable day and we only wish the Royal Albert Hall could have been filled with children, so they could all have left as fired up about Berlioz as ours did! Our biggest thanks to the magical Aurora Orchestra for inspiring the next generation – and to the children, whose behaviour and conduct outside of school was impeccable.

Previous Article Next Article
Back to News Page
13th September 2019